Last week, I presented at the UK Knowledge Mobilisation Forum in Bristol, which is an annual event for all those with a passion for ensuring that knowledge makes a positive difference to society. The Forum brings together practitioners, researchers, students, administrators and public representatives who are engaged in the art and science of sharing knowledge and ensuring that it can be used.
﻿

One of the key note speaker, Dez Holmes who is the Director of Research in Practice with 20 years of experience in championing evidence-informed practice in social care, vented her frustration about a question she was often asked by people interested in knowledge mobilisation (KMb): where can I access training in this? Her response: you can’t! Knowledge sharing is personal and therefore a social skill that you can only develop by practising it.


The skills needed to practice KMb are everyday skills, such as listening, emotional intelligence and persuasion. Reciprocity and mutual respect are crucial in relationships and therefore in knowledge mobilisation. Knowledge mobilisers use these skills to make knowledge relatable and therefore relevant to people’s lives. Dez used a Japanese word to sum up these skills: ‘ikigai’ (meaning “reason for being”): if we can’t relate knowledge to people’s sense of self they won’t be inclined to use it.


Acknowledging feelings in knowledge mobilisation is therefore important, not least because implementation barriers for knowledge are often personal. Dez quoted the common misperception between practitioners and academics that are at the heart of the so-called knowledge-to-action gap: “scientist blame the stubbornness of practitioners for insisting on doing it their way, believing they know their patients best, while practitioners lamented the smugness of scientists who believe that if they publish it practitioners will use it”. These misperceptions signify emotions at work in the knowledge gap that need to be addressed before we can start mobilising knowledge.

A great example of on the job knowledge mobilisation learning was captured in a story told by Vicky Ward, Associate Professor in Knowledge Mobilisation at Leeds University and one of the organisers of the Forum, who reflected on her research about knowledge sharing between professionals in social care. The story, titled ‘Dealing with the carousal of knowledge’, illustrates how practitioners continuously added new and different types of knowledge to their team meetings but never really made use of this knowledge until Vicky started asking some ‘constructively clue less’ questions. These questions helped them to recognise the emotions they attached to the client cases that they were discussing and enabled them to discover patterns in their carousel of knowledge. Identifying patterns allowed the professionals to select knowledge that was most useful for each case and made this knowledge transferable.

The conference format itself acknowledged the relational and context-specific work involved in knowledge mobilisation: participants were encouraged to hone their skills in randomised coffee trials, open space discussions, interactive poster sessions, market stalls, short presentations and practical, interactive workshops. The programme was deliberately based on ‘unconference’ principles, which means that it focused on offering opportunities for conversations, creativity and collaborative learning, with much of the direction being driven by the participants instead of the conference organisers. In this sense, the conference was a training ground for knowledge mobilisers to practice and learn new skills.
Posted by Fuse at 06:00 No comments: 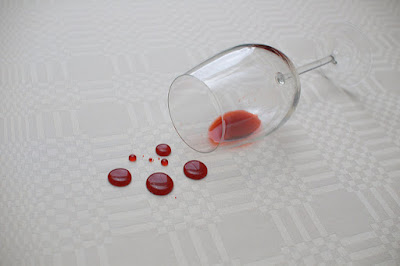