So you might remember that Fuse duck is going on a road trip around the North East region trying to find out what it is that Fuse researchers do all day. He is not, as some might have you believe, the new ‘marketing intern’ at Fuse. And he is certainly not an unpaid intern. No, you can rest assured that Fuse duck is very well recompensed for his labour. Mostly in cake, only rarely in stale bread. 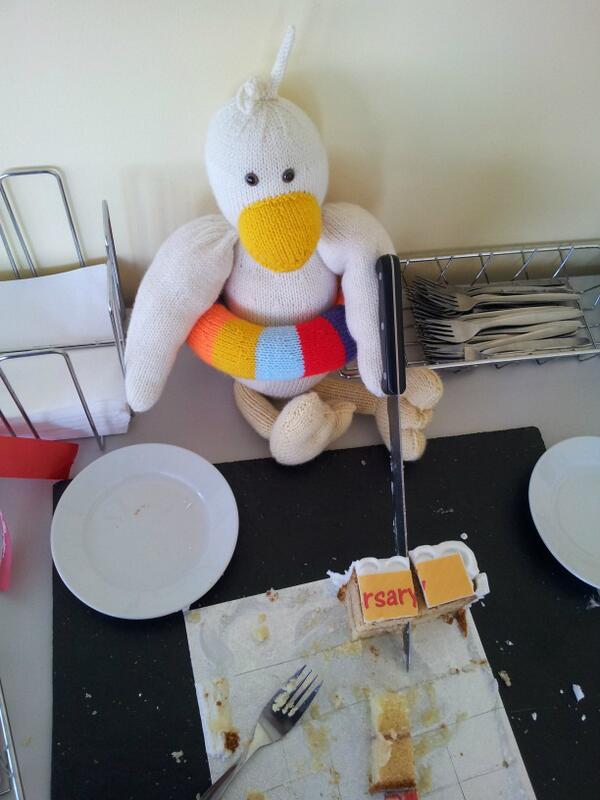 It was right at the start of May that Fuse duck came to Newcastle to visit the Institute of Health & Society. I looked after him. I quite enjoyed having him. He dragged me around the place desperate to meet everyone and I ended up saying hi to a bunch of people I hadn’t met, or had only half met, before.

After a brief argument with the photocopier preparing for the ‘big meeting’ later in the day, we started out with a brainstorming/planning meeting for the 2015 CREATE workshop that I’ve been asked to co-ordinate. I have got myself a reputation for teaching writing skills. I’m not sure this is in any way justified. Sure, I’ve done a lot of writing and sure, bad writing sometimes annoys me. That doesn’t mean I’m any good at teaching people how to do it well. See Twitter during any football match/episode of Question Time/Strictly for more on this. But, when you’re offered a trip to Cyprus, the 2.5 days of workshop you need to prepare and deliver in exchange sometimes doesn’t feel too much of a drag. It’s more than a year away. It’ll be fine. In the course of an hour my co-facilitators and I worked through three or four different ideas for the workshop, before settling on an outline programme that we hope will be acceptable to the organising committee. We’ll find out in June. 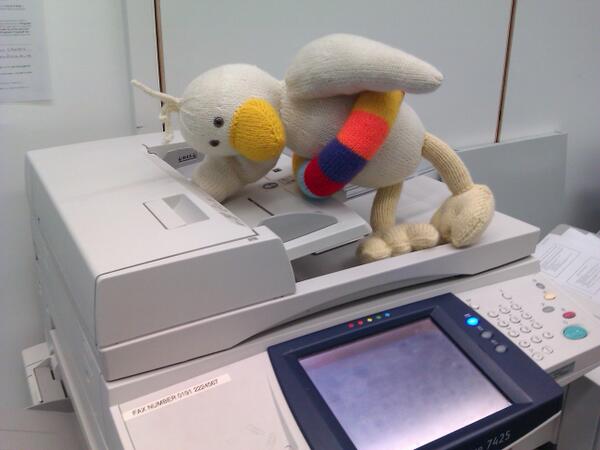 Next up was a project meeting for the YouCook project. This is a pilot evaluation of Jamie Oliver’s Ministry of Food cooking classes. Very exciting in principle, but harder than it looks in practice. Mostly, surprise, surprise, because recruitment is not that easy. And before you ask, Fuse duck didn’t get to meet Jamie on this occasion. But the main researcher on the project has done. 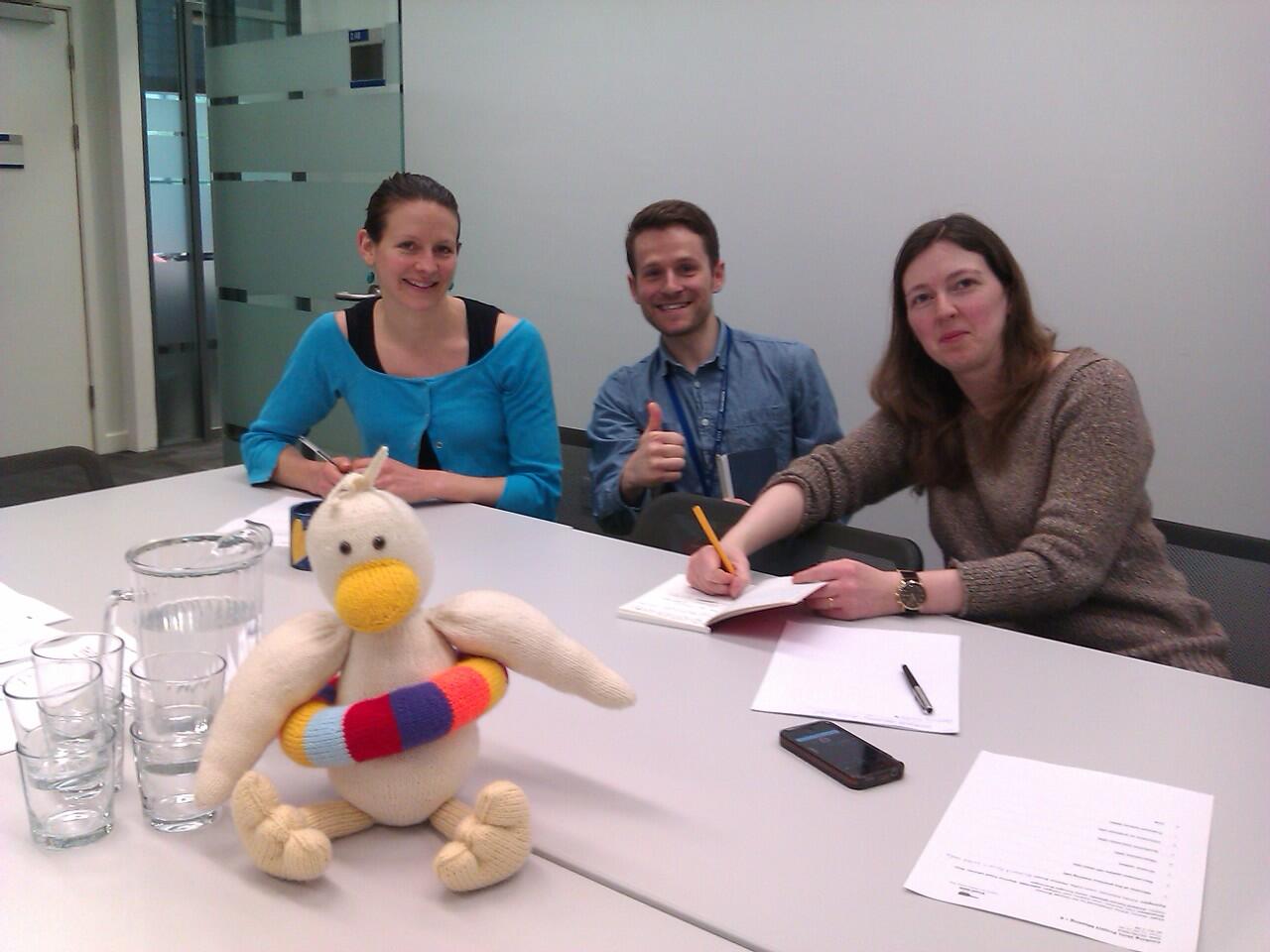 Ten minutes to nip to the toilet and swap one pile of papers for another, and before we knew it the ‘big meeting’ was upon us. This was the second of three meetings of the steering group for our project on using parental incentives to encourage uptake of pre-school immunisations. Which astute readers might remember is where this whole blog thing began. The meeting was ‘big’ in that there were at least 10 people around the table. But also ‘big’ in that it involved people from London, Glasgow and Aberdeen - both in person, and on the phone - and clinicians as well as academics and researchers. One of those meetings where you are very aware how much of an effort people have made to come and take part, and how much you’d better make sure that you don’t waste their time.

The ‘big meeting’ went well. The project is going well and generating interesting findings. The discussion was engaging and lively. There were some good suggestions made for future directions. But chairing a two and a half hour meeting that you have been subconsciously worrying about for the last week is exhausting. So after that was done, Fuse duck and I went up to our coffee room and just hung out for half an hour to get stuff back in perspective. But somehow the conversation drifted into food porn and how naïve I was to think that food porn=Nigella Lawson and it felt time to leave. 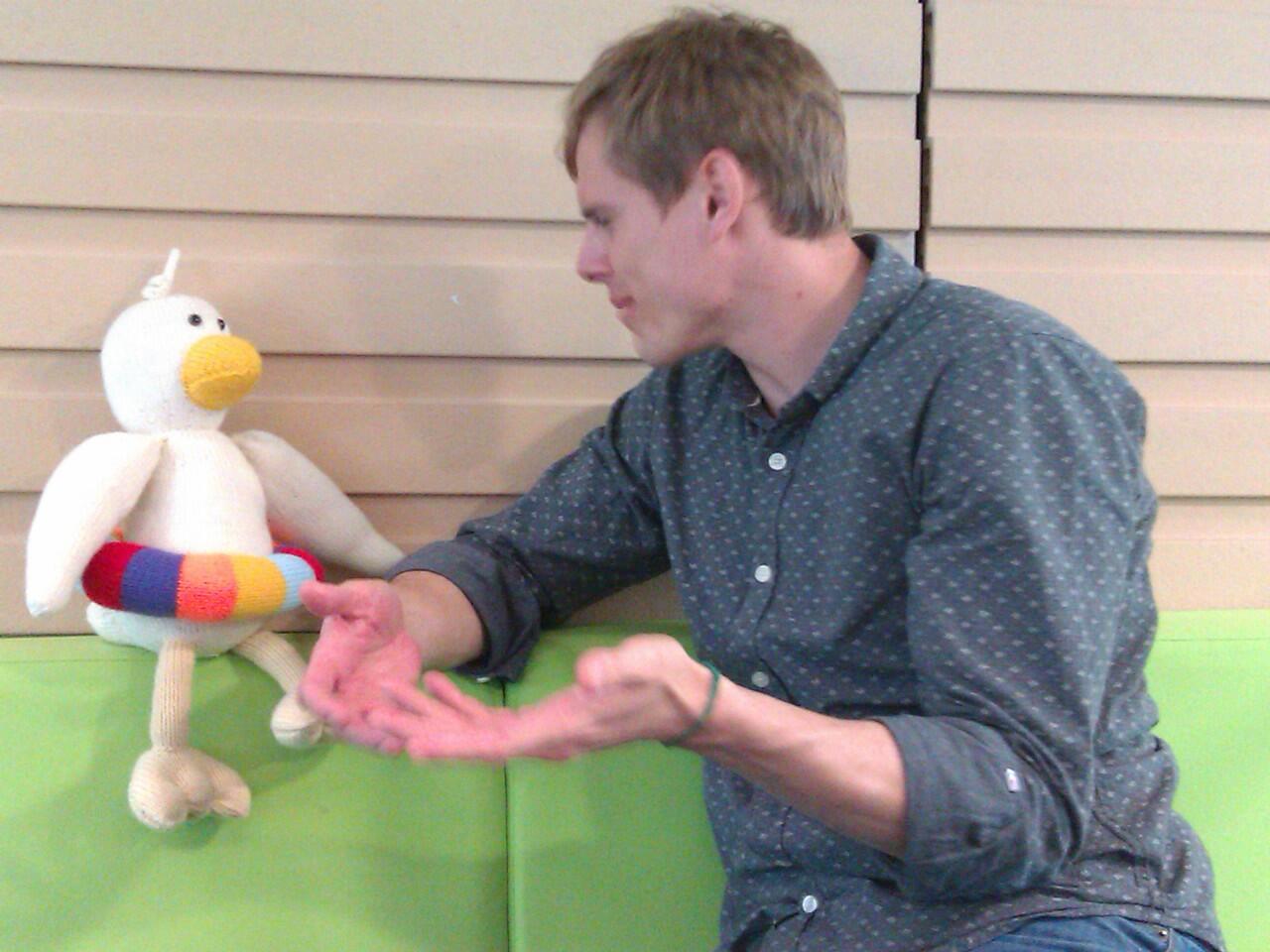 The last meeting of the afternoon was a one-to-one with a researcher to chat R, data, and Foodscape. Although we do have lots of meeting rooms in IHS, we also have three ‘informal’ tables where both planned and impromptu meetings take place. Contrary to expectations, an informal table is not a post-modern representation of a table that only very loosely resembles the typical structure of a formal table. No, the informal tables are distinctively table-like, with grey rectangular tops and at least four sturdy legs. Their informality comes from the fact that there are not bookable, and not restricted within their own rooms. In fact they are placed in what is essentially an aneurytic corridor - a place that is as important for getting from A to B as it is for housing meeting spaces.

As it turns out, holding a meeting attended by a stuffed duck at the informal tables attracts a little more attention than some other meetings. Before we knew it, students, researchers and even the institute director were chatting to Fuse duck and not about Foodscape work package 4. So we called it a day, packed up and headed for home.

That was the end of the work day, but not the end of the whole day. We still had our 30 minutes of moderate to vigorous physical activity to get in. Fuse duck is sadly lacking in bones, ligaments, tendons and muscles, making his running style fairly floppy. I didn’t mind carrying him and we went for a little plod around the park, stopping to see if there were any ducks around to say hello to in the pond. But all we could find was a prissy swan who just hissed at us and swam off. 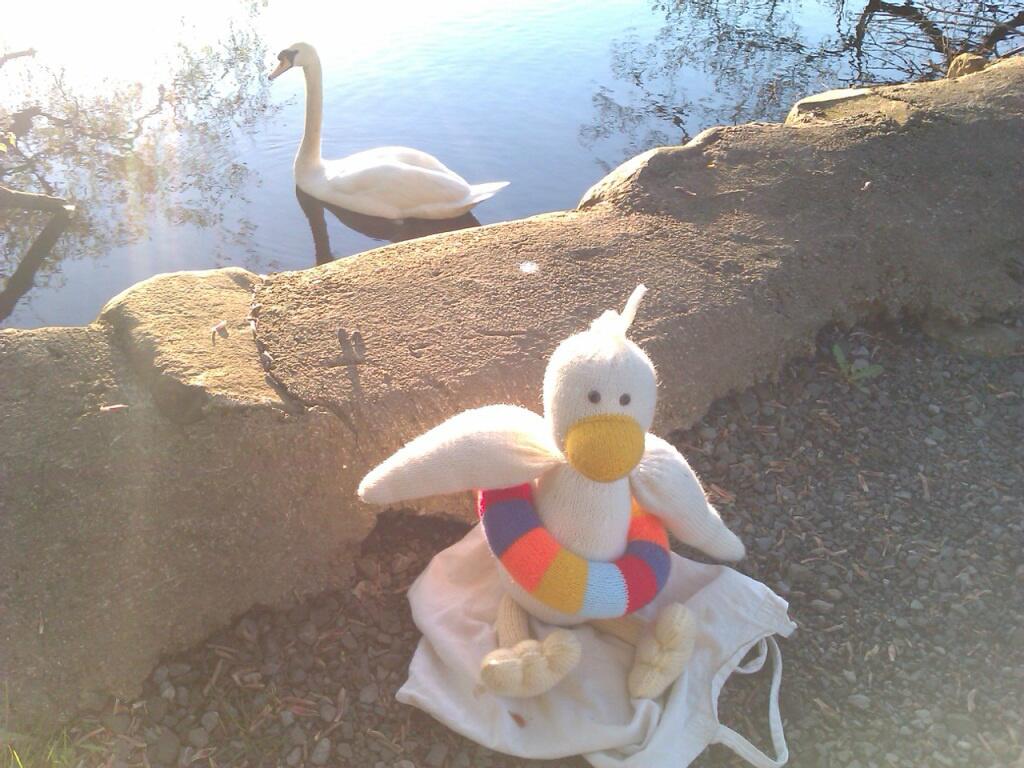