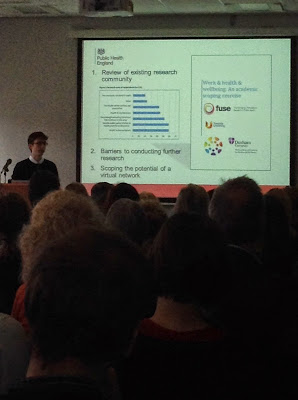 From Sarah Smith: I attended the Public Health England work, health and wellbeing workshop on Monday in Manchester. This is Sam Haskell, Health and Work Lead from PHE, who used the Fuse logo in his presentation! 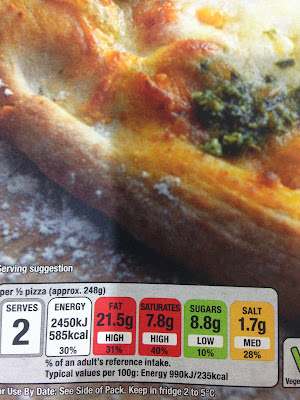 From Amelia Lake: I am grateful for the front of pack labelling which illustrate just how high in saturated fats & fats this prepared pizza is. Clear information is so important in terms of public health nutrition. 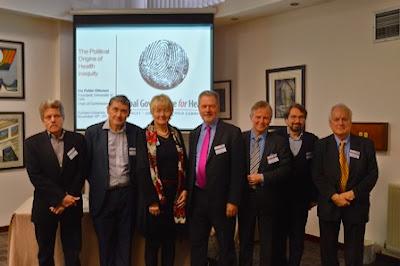 From David Hunter: Earlier this week I was involved in a Health Summit held at the Lindisfarne Centre in Durham to discuss and debate the challenges facing governance for health. We had a reception and dinner at the Castle on the first night and the event was attended by around 30 invited participants from across Europe, mainly from the UK. Partly organised to launch our WHO Collaborating Centre on Complex Systems Research, Knowledge and Action. Pictured are the speakers from the event. 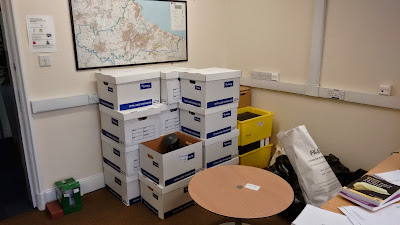 From Mark Welford: Boxed, labelled and ready to go. We (the staff, students and researchers) at Teesside University's Health and Social Care Institute (HSCI) are moving offices from Parkside West to the much more central Constantine Building.

Teesside University was originally founded as Constantine College and was officially opened by the Prince of Wales, the future King Edward VIII, on 2 July 1930. Below is a photo of two plaques that can be found on the wall of the Constantine Building.  Although you can't really see it clearly in the photo, the one above commemorates the fact that the college was a gift from local shipping magnate Joseph Constantine and his family and the one below marks the date when the college was officially opened. 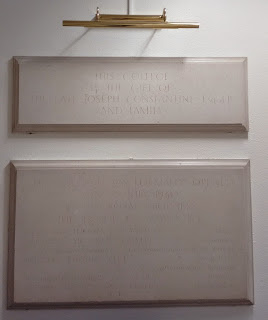 The college became a polytechnic in 1969; and in 1992, the Privy Council gave approval to 14 higher education institutions, including Teesside, to become new universities.

Each Thursday of 2014 we’ll try and post around four pictures on the Fuse blog that capture our weeks in public health research, from the awe-inspiring to the everyday and mundane. Given that more of the latter than the former exists in most of our lives, we foresee problems compiling 208 images worth posting on our own. So this is going to have to be a group project. Send an image (or images) with a sentence or two describing what aspect of your week in public health research they sum up and we’ll post them as soon as we can. You don’t have to send four together – we can mix and match images from different people in the same week.

Normal rules apply: images you made yourself are best; if you use someone else’s image please check you’re allowed to first; if anyone’s identifiable in an image, make sure they’re happy for it to be posted; nothing rude; nothing that breaks research confidentiality etc.

Email your posts to m.welford@tees.ac.uk or contact any member of the Fuse blog group.
Posted by Fuse at 06:00