It's all food, parties and away days in this week's Fuse blog picture post.  You'd think it was Christmas! 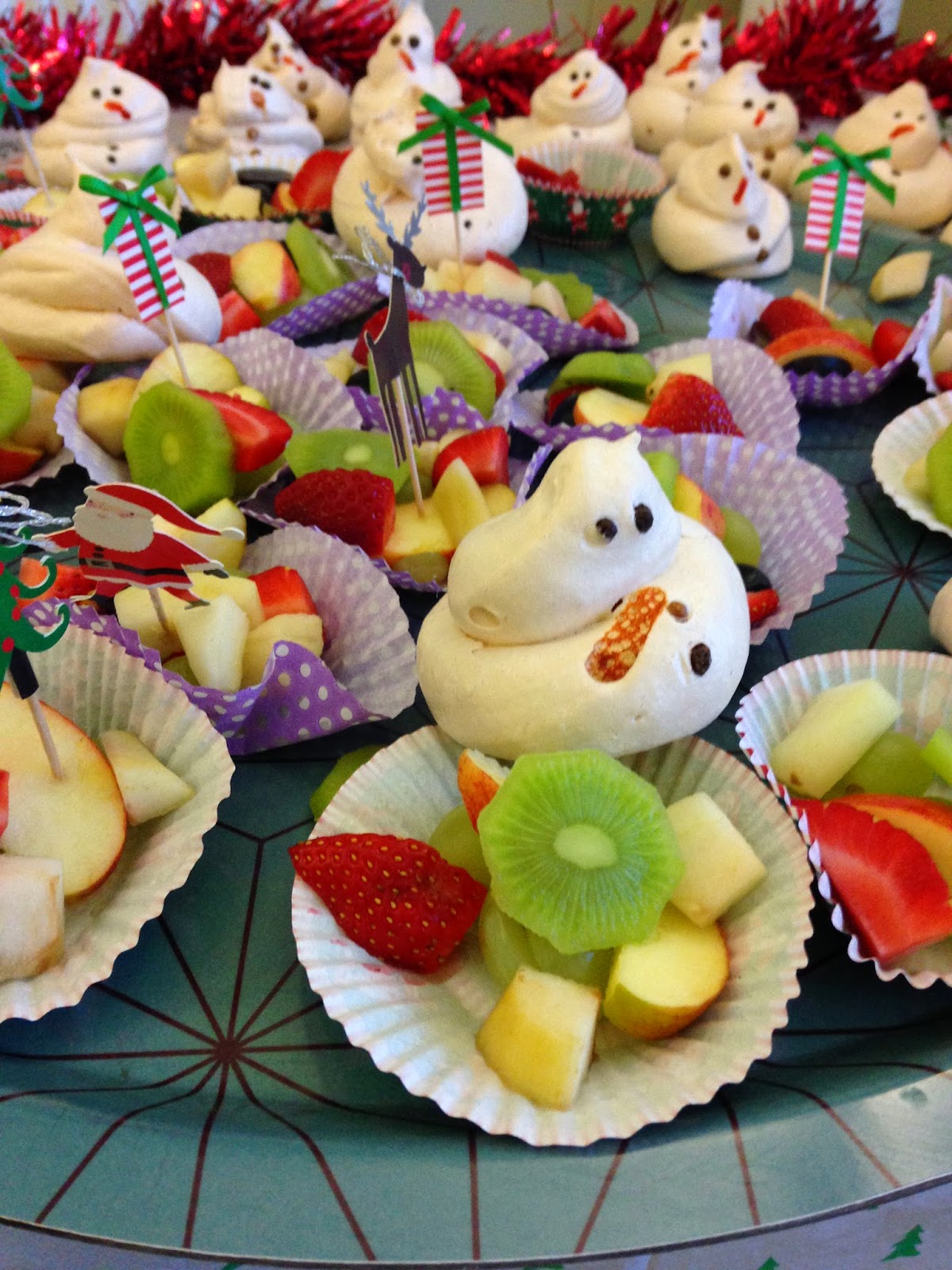 Posted by Amelia Lake: A balance? T'is the season to introduce your offspring to more sugary delights... Or is it a season for some balance! I like the balance option, some treats - both fruity and sugary! 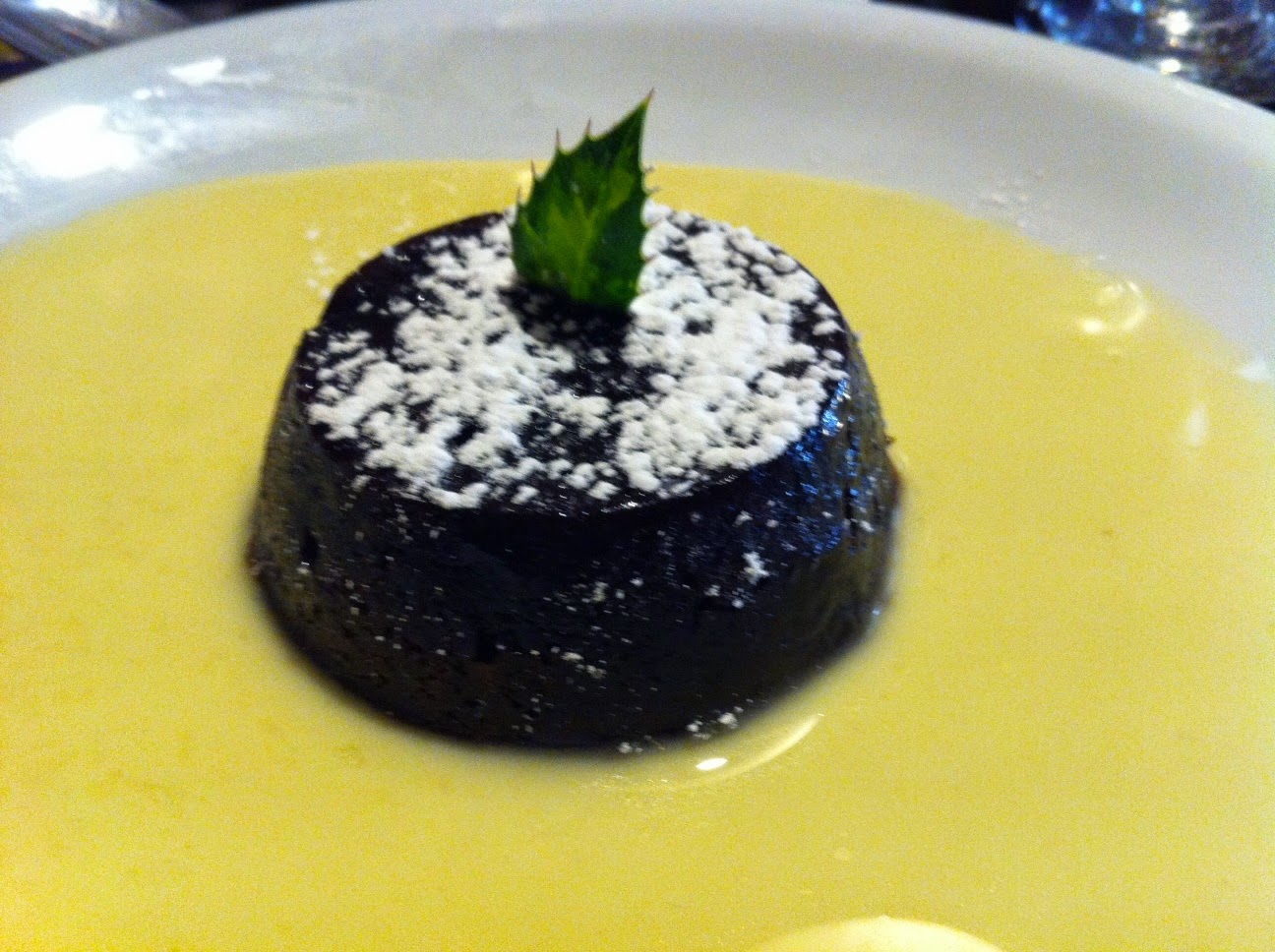 Posted by Mandy Cheetham: A little (delicious) Christmas indulgence at the Health and Social Care Institute away day in Great Ayton, North Yorkshire. Reward for a morning's work including workgroups on software and apps (details below) designed to make our research life richer and easier! 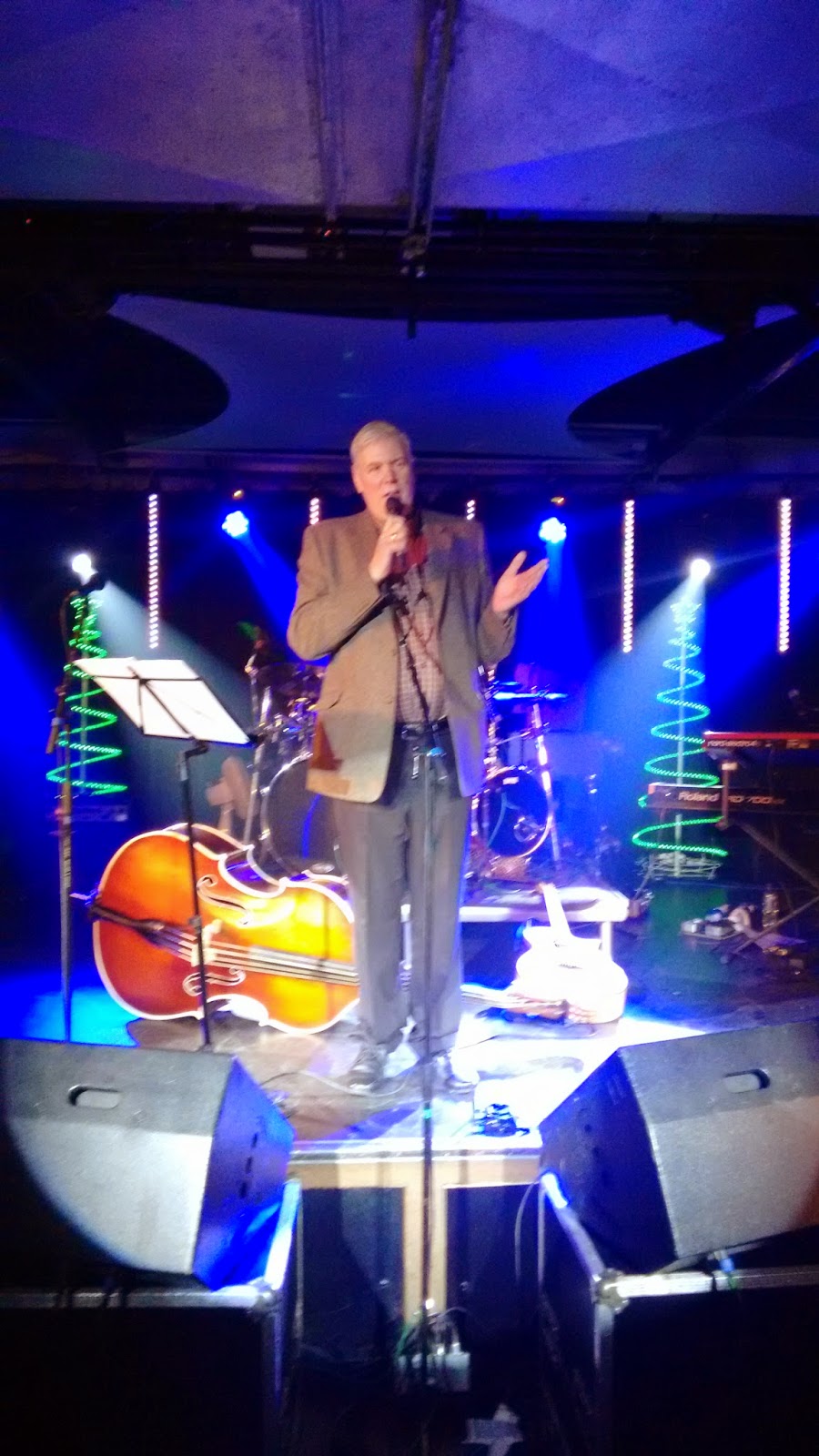 Posted by Mark Welford: Professor Graham Henderson giving a quick speech at his last staff Christmas party before he retires as Vice-Chancellor of Teesside University.  He resisted the urge to play a solo on the double bass temptingly placed behind him! 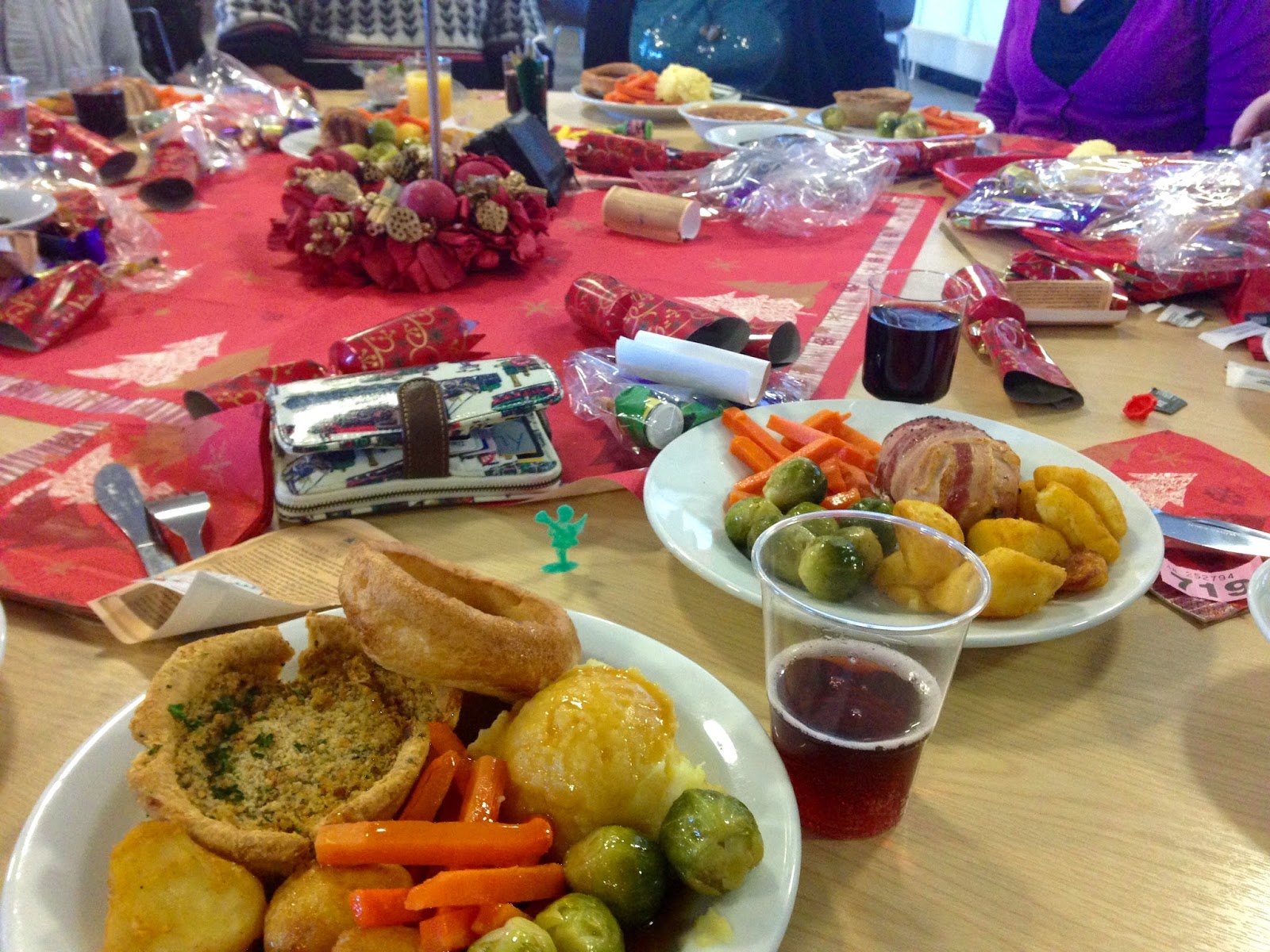 Posted by Amelia Lake: More food photos for the blog. Our traditional in canteen Christmas meal at Durham Queen's Campus in Stockton. With the obligatory whizzing balloons!
------------------
A reminder from the Fuse blog group:

Each Thursday of 2014 we’ll try and post around four pictures on the Fuse blog that capture our weeks in public health research, from the awe-inspiring to the everyday and mundane. Given that more of the latter than the former exists in most of our lives, we foresee problems compiling 208 images worth posting on our own. So this is going to have to be a group project. Send an image (or images) with a sentence or two describing what aspect of your week in public health research they sum up and we’ll post them as soon as we can. You don’t have to send four together – we can mix and match images from different people in the same week.

Normal rules apply: images you made yourself are best; if you use someone else’s image please check you’re allowed to first; if anyone’s identifiable in an image, make sure they’re happy for it to be posted; nothing rude; nothing that breaks research confidentiality etc.

Email your posts to m.welford@tees.ac.uk or contact any member of the Fuse blog group.
Posted by Fuse at 06:00