You are now reading the award winning Fuse blog

You may recall that in January we used this platform to make a shameless plea inviting readers to vote for the Fuse blog in the UK Blog Awards and a month later you may have heard the news that we had been shortlisted in the categories of Education, and Health and Social Care.

Well… (drum roll) …. We only went and won!  That’s right, you are now reading an award winning blog – fancy contributing?! 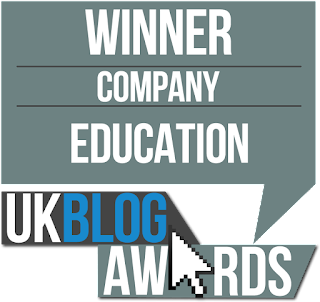 Last Friday (29 April), we took the Fuse blog monster on a road trip to the big smoke, that there London, where the streets are paved with, well… paving stones to attend the awards ceremony, in eager anticipation.

The awards ceremony was held at the swanky Park Plaza Hotel in Westminster, London and it is safe to say that it more than exceeded our expectations.  The invitation advised that we ‘dress to impress’ but some of the attire on show would have made Lady Gaga and James Bond feel underdressed.

We were welcomed to the event, themed on Roald Dahl’s The BFG with free drinks and canapes (not to mention all the frogsquinkers, buzzwangles, and bugwhiffles we could handle), while we networked with other bloggers and even the Big Friendly Giant himself. The most exciting part however was still to come: the awards ceremony itself.

Tech Reporter Kate Russell (you might know her from BBC show Click) hosted the evening and provided a great commentary, making every blogger there feel very welcome.  Her quirky comments worked to relax the atmosphere and ease frayed nerves.

Each category had two blogs that were highly commended by the judges, followed by an overall winner.  As the Education category came up on screen, we watched in anticipation - the Fuse Blog wasn't announced as Highly Commended - oh well there was still the other category - but then to our surprise as the overall winner of the category!

Having let out a little scream of excitement (and possibly the odd expletive), we went up onto the stage to collect our trophy – a rather lethal looking glass affair - and have our photograph taken with Kate and the judges. It was a surreal moment and very much unexpected with a dash of relief as there were no speeches.

Once the presentations were over, we were invited to have our photograph taken with the other winners. After which it was time to celebrate properly with more free prosecco (consumed in moderation), posh food and of course a little bit of disco dancing.

This was a great event to be a part of and the venue made it feel even more special and exciting. As the night drew to a close and we collected our certificate and goody bags (with complementary BFG themed dream jars), the fact that we had actually come away as winners had not yet sunk in - it still hasn't now to be honest!


This is a fantastic achievement for Fuse, as more than two thousands blogs were submitted. There were more than seventy eight thousand votes in total and it is great to think that the Fuse Blog has such a loyal following and a lot of support.

A special thank you must go to Jean Adams who founded the blog in 2011 and to everyone who has contributed over the years.  The posts have sparked great discussion and helped our readers learn what it is really like to work in public health.  Our many writers make the Fuse blog what it is.

We really hope that you will continue to enjoy reading our posts and don’t forget, if you would like to contribute to the Fuse Blog then please do not hesitate to get in touch.

If you would like to discuss a potential blog post or have something already written then please get in touch with Emma Dorée (E.Doree@tees.ac.uk).
Posted by Fuse at 06:00