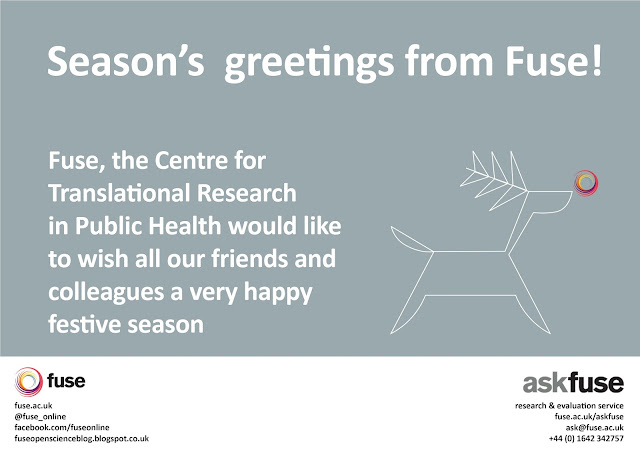 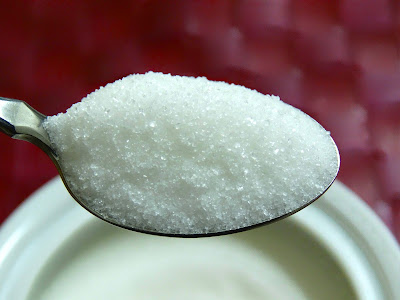 Finally, whilst there are reasons to be optimistic and the government should be applauded for this initiative, it does underscore the need for ‘brave and bold’ action across a variety of areas concerned with food and physical activity (which the recent Childhood Obesity Plan failed to deliver) to markedly reduce obesity. As I have written before, this measure alone will not ‘solve’ obesity, but it can be an important step towards improving population health.
Posted by Fuse at 06:00 No comments:

The one where we ask you to vote...

This post is a little like those episodes of Friends in which one of the cast says: “Do you remember the time when [cue wobbly vertical lines]…” and the rest of the 22-23mins is made up of clips from previous shows.

Let me take you back to a post on Thursday 7 January in which we made a shameless plea to ask for your votes in the UK Blog Awards 2016.  In that post we told you how the blog’s 334 posts had received just over 167,000 views.  Eleven months on and 40 additional blog posts later, the page views have risen to nearly 325,000 - a fantastic achievement I hope you’ll agree!  I discovered this when an ambitious academic asked me if I could provide them with some killer stats about the blog to support their bid for a promotion. The power this blog wields!

Five years on from the blog's inception and we have reached the point where people are actively approaching us and generously giving up their time to write posts, rather than having to send in our crack team (the fear inducing) ‘blog working group’ to chase, harry and cajole*.  Could this - and the increased viewing figures - have something to do with the little matter of winning a UK Blog Award last year?  I'd like to think so.

And now, we come to the crux of this post.  It is you, our dear readers and contributors that make the blog a success and it is thanks to you that we won a national award.  So we've decided to go for it again in the UK Blog Awards 2017!

The blog has again been entered into two categories: 'Health and Social Care', and 'Education'.  You can vote for us in either category but of course we would really appreciate it if you voted for us in both.

Vote now by following this link 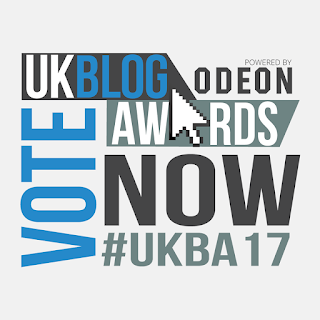 The above link takes you to our profile page on the UK Blog Awards website in which we have chosen two of our favourite posts from 2016:
Voting closes at 10am on Monday 19 December.  One vote per email address.

Hopefully it won't be a maple syrup bottle we'll be holding aloft in celebration come April 2017!

Thank you for your support.

*We do still need your posts!  Please contact me (m.welford@tees.ac.uk) if you would like to write a post for the Fuse blog. Here’s how to take part.
Posted by Fuse at 06:00 No comments:

The biology of inequality and the role of the generalist 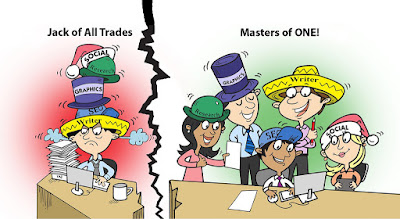 My research focuses on trying to better understand how our cultural, social and economic circumstances ‘get under the skin’ to impact on our physiological systems and influence our health and the development of disease. The emergence of this field investigating the social-to-biological transition has grown over the last twenty years with the increased availability of biological measures biomarkers in many of the large, population-based health and social surveys such as Understanding Society and the English and Scottish Health Surveys. This growth in collecting simultaneous biological and social data, longitudinally (repeatedly over a period of time from the same individuals) and across the life course, is key if we are to continue to advance our knowledge of the biological and health impacts of our environments and society. So far, much of the evidence is based on cross-sectional data (data collected at only one point in time, rather than repeatedly) or where we have biomarkers measured once, but with repeat social data for the same individuals over a number of years. However, studies such as Understanding Society are beginning to provide us with biological measures from the same individuals measured over several years. This type of longitudinal data will help us to better understand how our bodies change over time and the relative importance of different stages of our lives (for example, childhood versus young adulthood).

The increase in data linkage to routinely collected data records (e.g. education surveys linked to health records) is also allowing us to research the long-term health consequences of social and economic circumstances, even after studies and surveys have stopped running. It may also be possible in the future to carry out such linkage between health and social data with biomarker data, collected when visiting your doctor for example. There are obviously many ethical, financial and practical challenges and questions linked to these types of data linkage ideas, but they offer possibilities to broaden our knowledge of the social determinants of health. It is also becoming slightly more common to see intervention studies including biomarker measures that will allow us to see the physiological effects that will be occurring long before we ‘feel’ or see changes in health, perhaps changing how we can demonstrate ‘effectiveness’. 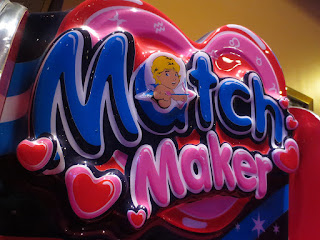 Public health and social epidemiology are often multidisciplinary pursuits, or at least many of us arrive working in these fields from multiple academic and professional backgrounds. However, there remains a need for greater cross-discipline collaborations to help us better study the links between our social, cultural, environmental and political circumstances and our wellbeing, health and physiology. I am keen to see more biologists, epidemiologists, social scientists, statisticians etc. work together on these projects. I trained as a biologist up to and including PhD-level before moving into public health and social epidemiology. One of the key roles I now fulfil (and enjoy) is acting like a match-maker, and sometimes a translator, for lab scientists and social and public health scientists to come together to work on research projects. This type of role is becoming ever more common, especially in public health where we need a mix of specialists and more of these generalists, with expertise across a range of disciplines. This is by no means an easy role to play as it can mean being the conduit to link specialist researchers and/or practitioners together without then being able to play a leading role in the development and implementation of these research studies. It’s the ‘jack of all trades, master of none’ issue. However, without these generalists with interests and expertise that span multiple disciplines we continue to risk limiting innovation and interaction to help impact on areas like health inequalities. Perhaps the saying ‘a jack of all trades is a master of none, but oftentimes better than a master of one’ is a better representation of what I’m aiming for. I hope.

Photo attribution:
Posted by Fuse at 06:00 No comments: