When I attended the Fuse knowledge exchange conference in Vancouver, B.C. earlier this month, I did not know that some Canadian squirrels are black. 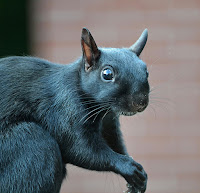 I also did not know how much knowledge exchange was embedded in Canadian research. In the UK we are struggling to get researchers involved in knowledge exchange while working in an academic system that does not reward these activities. For Canadian researchers this is a fundamental part of their job and firmly embedded in the CIHR (the Canadian equivalent of NIHR) mission statement: "… excel the creation of new knowledge and its translation into improved health for Canadians" (Canadian Institutes of Health Research Act).

As surprised as I was to see black squirrels skirting the trees in Stanley Park in Vancouver, I was also surprised by the number of Canadian presenters at the Fuse conference who pointed to the impossibility of translating research evidence into practice.

For instance, Steven Hoffman, made a convincing case about public health being not good politics and therefore difficult to translate into policy. He argued that everything that public health does makes it invisible to policy makers. For example, we focus on prevention instead of treatment, which is much more difficult to observe and showcase.

Moreover, the more successful we are (when we prevent population diseases from spreading), the greater our invisibility becomes (there is no longer a disease to worry about) and, consequently, the more difficult it is to ask for more resources to keep prevention efforts up.

We also focus on supporting long-term chronic conditions instead of delivering acute services that can provide an instant solution to health problems. Furthermore, our data, as a population science, is based on statistical lives instead of individuals with a face and story. This all makes public health a hard-sell to politicians.

But it is not only our modus operandi that causes this hard sell: the system in which policy makers operate makes the use of research evidence unlikely. Paul Cairney from the University of Stirling explained in his talk that policy makers must ignore almost all the evidence that they are presented with to make decisions. They do this, not by weighing up the evidence carefully as we as researchers would like them to do, but by taking shortcuts, which Paul described as ‘bounded rationality’.

Policy makers either select evidence that helps them to reduce uncertainty about how to achieve their goals or, (and this is the more popular option) they apply their gut-level, emotional, belief-driven knowledge to reduce ambiguity about policy options. Moreover, policy makers are often not in control of the policy process and therefore they cannot tell us what evidence is useful, when and how it will influence the decision-making process.

If public health policy is not good politics and research evidence is a hard sell to policy makers, what can we do to make a better investment case for public health? Luckily both speakers provided their own shortcuts for making it more likely that public health and our evidence would be heard and used by policy makers:

1.) Recraft the narrative. Smoking was banned in public places not because smoking was harmful to smokers but because the campaigns focused on the dangers of second-hand smoke to the wider public, particularly children. By reframing the story from an individual blame game to an emotive public issue, public interest could be galvanised and used to put pressure on national Government to take action, building on local interventions already in place with a proven evidence-base.

2.) Take account of how democracy works: politicians need votes. As public health researchers we need to give them glory in the eyes of their voters and provide them with opportunities to leave a visible legacy. We could this by advertising our successes more clearly and by making it personal. Eugene Milne, Director of Public Health at Newcastle City Council, summed this up in a simple statement: "...‘it could happen to me’, mobilises people".

3.) However, to do this effectively, we need to be aware of hierarchy in politics and different policy contexts and networks. Most importantly, we need to be able to navigate diffused decision-making processes. As Paul emphasised in his presentation, policy makers have different ideas about what counts as good evidence, and there are many ‘policymakers’ across many levels and types of government. In other words, there are many sources of policy relevant knowledge that public health research evidence has to compete with.

It will take time and long-term relationship building to understand and navigate the different policy contexts, networks and types of evidence used in both. Unfortunately, public health students are generally poorly equipped to navigate these networks. Steven Hoffman remarked that we are not equipping our PhD students with knowledge of political systems and, in not doing so, set ourselves up for continued failure to make public health and our evidence visible to policy makers.

This does not mean that each student should become a political expert and advocate fiercely for her/his research findings. But it does entail a student being able to recognise their role in the wider system that they are part of, including various political networks and contexts. How can we teach our students to act from their position in a political system in a way that will make public health more visible?

This brings me back to squirrels. The squirrels that I encountered in the park stood out because they were black; a different colour to the common British grey and (less common) red squirrels that I’m used to seeing. In a similar vein, we could make our PhD students stand out by teaching them how to take evidence shortcuts in the political system.

When I returned to the UK, with more appreciation for squirrels, I attended a spotlight event at the University of Sunderland the next day, which aimed to increase the visibility of public health research at the university. Although heavily jet-lagged, what sparked my interest at the event was a debate that took place between Sharon Hodgson, the Shadow Minister for Public Health and various researchers in the room. They sparred about the evidence for introducing a minimum unit price for alcohol in England and whether 40p made more ‘sense’ (and to who) than 50p. The ensuing debate demonstrated many of the arguments made in this blog and therefore will be the focus of my next blog (part 2) with John Mooney, Senior Lecturer at the University of Sunderland.

We will use this example to demonstrate how Canadian experiences might inform local practice in the UK by recrafting the narrative, taking account of Labour as an opposition party, and making it personal for voters.

So, we all know we should be more physically active – the evidence is out there. People who are more active are less likely to suffer from many chronic diseases, have more energy, better mental health, sleep better…… But how do we get people to be more active? 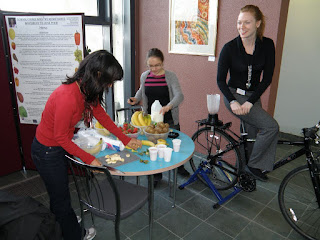 It quickly became apparent that there was an appetite for a Fuse Physical Activity Group to be formed to build upon the enthusiasm for collaborative working and developing a shared physical activity research agenda that was in evidence at this first PAW. Several people also made it clear (and yes, we do mean you, @Scottylloyd1979!) that there was a need to widen the base of the group to include our practitioner partners involved in delivering physical activity interventions on the front line and to build relationships across sector boundaries. And so the Fuse physical activity group was born!


Liane Azevedo and I took on the role of leading the group, along with a team including Scott Lloyd, Caroline Dodd-Reynolds, Alison Innerd and Natalie Connor representing the North East Universities and public health partners. Since then we have had twice yearly Fuse PAWs, hosted by each of the five Fuse Universities and covering a range of topics from inequalities in physical activity to measurement of physical activity and physical activity during pregnancy. We’re proud to say that we’ve achieved an equal balance of academics and practitioners attending the events. 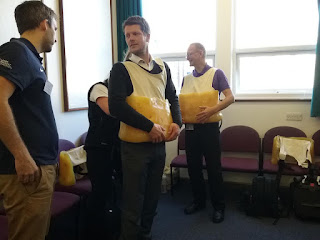 From the outside it might look like it’s been plain sailing – we’ve attracted an amazing cast of physical activity researcher royalty to present at our events, (see the list below - to name but a few!). On the inside there has been blood, sweat and occasional tears! Will the speakers agree to come? Will anyone sign up to attend? Will there be enough parking spaces/coffee? Will we be able to afford fruit during the breaks or just (unhealthy, but delicious) biscuits? (The latter has often been uppermost in the minds of some of our delegates if the feedback we receive in our, now infamous, shiny blue feedback box* is anything to go by!)

We were nervous that attendance might suffer when austerity measures cut into our budget meaning we were no longer able to provide lunch – but happily attendance has steadily increased and we have begun to attract individuals from outside the North East and sometimes even from outside the UK! 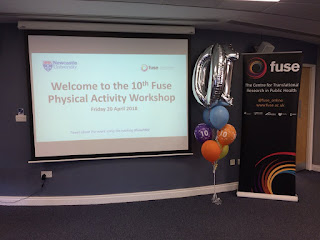 It was great to celebrate our tenth PAW on 20th April 2018, following #Fuse10 on 19th April, and to think about our previous events. All the hard work definitely felt worthwhile as we reflected on the many interesting presentations, workshops and discussions that have come out of the FusePAWs as well as collaborations, including a joint evaluation of the Redcar school pedometer intervention by Northumbria and Leeds Beckett Universities.


As #FusePAW, we have a responsibility to ‘do
’ physical activity research better and try to capture how FusePAWs inform physical activity within the region and further afield. To this end we discussed how we can work together more effectively as academics and public health practitioners to challenge traditional methods for delivering and evaluating physical activity interventions to nudge the field forwards at this event.  If you have any suggestions on how we can do this please contact me at louise.hayes@ncl.ac.uk

Watch this space for findings!


Just a few of our amazing cast of presenters

* Look out for our next event to see it for yourself!
Posted by Fuse at 14:08 No comments: