What’s a night out without a takeaway?

A recent Fuse blog post reflected on the ways in which alcohol and food come together in the lives of young adults (Cassey Muir and Alice Graye ‘the booze, the binge and the bulge’). For example, some young adults may eat a takeaway after a night of drinking and a fry-up the next day, some may choose not to eat prior to drinking and some may drink alcohol alongside a meal. Such reflections are based on findings from the recently completed FOrwaRD project, a study that I have had heavy involvement in as a project applicant and lead researcher. 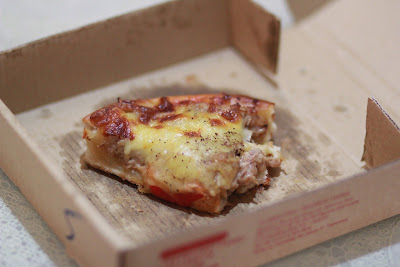 Yet, whilst the reflections of those on the cusp of adulthood are extremely important, one of the key messages from this project and an abundance of public health research evidence is that behaviours such as risky drinking and associated eating patterns become ingrained and intertwined in our lives long before we turn 18. In other words, health behaviours cluster in adolescence and track to adulthood. Think back. How long have you associated a beer with a curry or white wine with fish or, more bluntly, that going for a takeaway at the end of a night of heavy drinking is the norm? And, are these messages instilled in us during adolescence or perhaps even earlier in childhood? We also know that an unhealthy approach towards food and alcohol is more likely for some young people than others, particularly for alcohol, where we have seen a steady decline in the overall percentages of those who drink alcohol juxtaposed against those who do drink doing so at extremely high levels.

My point here is that, not only do eating and drinking behaviours interact, but the influences on these behaviours, such as parents, peers, marketing, urban space, also overlap, and overlap from an early age. Frankly, we eat and drink certain products for pleasure, for popularity or to socialise. One way in which to tackle a growth in obesogenic and alcohol-related harm is to explore overlapping and distinct influences on these behaviours at the point in which they accelerate i.e. late childhood / early adolescence and use this knowledge in the design of interventions which link rather than separate out such behaviours.

With this in mind, we set out (using Fuse pump prime funding) to identify and synthesise qualitative research evidence into common underlying factors which influence alcohol use and unhealthy eating behaviours amongst young people aged 10–17. This involved bringing together two separate bodies of literature to enable analysis and comparison across two associated fields of study. Thus, our synthesis involves the interpretation of individual studies by identification of second-order constructs (interpretations offered by the original researchers) and third-order constructs (development of new interpretations beyond those offered in individual studies) by way of the development of a ‘model structure’ of shared influences upon both unhealthy eating behaviours and alcohol use amongst young people aged 10–17.

Of the 63 studies included in the review, 27 studies focused on alcohol whereas 36 focused on eating behaviours. Initial analysis of the data identified 16 themes, 14 of which demonstrate shared or overlapping influences on young people’s alcohol use and eating behaviours. For example, we found that both alcohol and food were used by adolescents to overcome personal problems such as to relieve stress, to push away negative feelings or emotions and in some cases to replace human interaction: “…it’s a way like any other to forget or to let off steam, it depends on the person.” (Petrilli et al., 2014).

Whilst these findings are at an exceptionally early stage, one thing is clear – there remains very little research linking young people’s eating behaviours and alcohol use together. Hopefully, emerging publications from this review and the FOrwaRD project will help to lead this change.

With thanks to the core project team Louisa Ells, Emma Giles, Frances Hillier-Brown and Wafa Elamin.

Safe negotiation of neighbourhoods should be non-negotiable

It’s World Sight Day today. This annual event highlights a range of issues surrounding visual impairment, and the day is linked to the World Health Organisation’s Global Action Plan on sight health. Today is also ‘bin collection day’ where I live, when wheelie bins and recycling boxes migrate from their backyards and gardens to clutter our pavements. It’s a weekly event that occurs in every village, town and city. It’s also a weekly hazard to be negotiated and endured by thousands of our neighbours. Especially those with visual impairment. 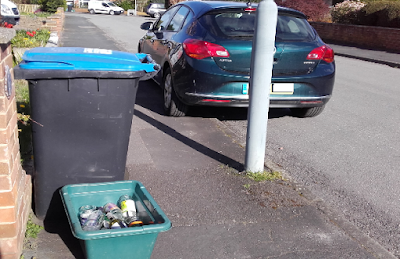 It’s not an obvious connection - World Sight Day and ‘bin day’. And frankly it was a connection that didn’t occur to me either, until I went to the ‘Negotiating Neighbourhoods’ event earlier this year, run by Fuse, the Royal National Institute for the Blind (RNIB), and the Sight Service. The event examined getting around our neighbourhoods, and gave feedback on Newcastle City Council/RNIB’s Newcastle Street Charter. The Charter describes the barriers faced by people with sight loss or mobility issues, and the actions and commitments needed and agreed to reduce these barriers (Newcastle City Council 2017). At the event, policy makers, researchers and people who are experts by experience shared their opinions and insights into safely getting around the built environment of our streets, local neighbourhoods and public spaces. This included feedback on the proliferation of street furniture such as advertising boards, lamp posts, bollards, street signs, bushes, cars parked on pavements, and wheelie bins (Newcastle City Council 2017).

Sight loss affected more than two million people in the UK in 2015, with one in five people aged over 75 living with some form of sight loss, including macular degeneration (RNIB 2018c). So for a significant number of our neighbours with mobility or sight issues, street ‘clutter’ is an increasingly frustrating and problematic issue.

It’s a public health issue too. Street furniture is impacting the health and wellbeing of people with mobility or sight loss issues. The built environment, and the street furniture cluttering it, “is restricting physical activity participation for people with sight loss” (Phoenix et al, 2015, p.127). Sight loss is associated with reduced physical activity, and the adverse social, economic and psychological effects of sight loss are being more widely recognised, including loneliness and isolation (Sim and Mackie 2015). Even the Design Council (2017) reported that ‘hostile’ public spaces could increase people’s risk of disease as it contributed to sedentary lifestyles and social isolation.

Can the humble wheelie bin really be classed as ‘hostile’? The experts by experience at the ‘Negotiating Neighbourhoods’ event have bitter experiences to prove it. Research in public health would also back them up. In 2015, 95 per cent of blind and partially sighted people reported that, in the previous three months, they had collided with a street obstacle, and a third said they had injured themselves while walking around their local area (RNIB 2015a). Many participants in the research carried out by Phoenix et al (2015) talked about injuries and also damage to their self-esteem when outdoors, because of a poorly designed built environment. Street ‘clutter’ is literally having a big impact on our neighbours as they try to navigate our streets.

At the ‘Negotiating Neighbourhoods’ event, the audience was asked “What changes could make the situation better?” Well, from a personal perspective, I have tried to stop parking my car on the pavement, have changed where I place my wheelie bin on ‘bin day’, and have tried to write (this) my first ever blog to raise awareness of the issue.

So what are your thoughts? Could you make one small change in your neighbourhood to make everybody’s everyday journeys just a little bit safer?

Surely, on World Sight day in 2018, being able to safely negotiate our neighbourhoods, should not be negotiable?

World Health Organisation (2009) Global Action Plan for the Prevention of Avoidable Blindness and Visual Impairment 2009-2013. Available at: https://www.iapb.org/resources/who-action-plan-for-the-prevention-of-avoidable-blindness-and-visual-impairment-2009-2013/ (Accessed: 23.8.2018)
Posted by Fuse at 06:00 No comments:

Starting out and getting ahead in obesity research

In the lead up to the UK Congress of Obesity (#UKCO2018), I attended an Early Career Research Workshop in the beautiful grounds of Newcastle University. 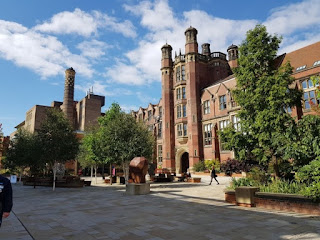 Dr Maria Bryant chaired the event in which we had three talks with some interactive elements.  Here I share a few reflections and tips from the workshop.

Professor Judith Rankin kicked off with ‘Skills to enhance the success of (fellowship) interviews’. The talk was split into three main sections – completing a fellowship application, what to do prior to the interview and what to do during the interview.

On listening to Professor Rankin’s advice on completing a grant application for research, I noted ‘5 tips’:
Getting the application shortlisted is just the first step however, you have to convince funders of your credibility to give you the money. The post-doc fellowship interview is all about YOU, your vision for the research project (not a supervisors) and your commitment to a research career. To ensure you’re ready for interview, Judith stressed the importance of mock interviews. To demonstrate, Dr Bryant stepped up to role play with Judith and we had video interview examples.

To increase the likelihood of success at interview, a panel expects that you have:
Influencing health-care policy

Dr Barbara McGowan was next to take to the floor for the second talk titled ‘Conducting research with an aim to influence health-care policy’.  She talked us through her career development, from working in the city as an analyst to becoming a medical doctor and research lead. Her story left the impression that her early work had given her an 'edge', improving her data interpretation skills and had benefited her research career path.

The main take-home for me was the clinical research Barbara was undertaking in pharmacotherapy (therapy using pharmaceutical drugs) for obesity. I summarised it in this tweet at the time:

Medications for obesity - findings of Liragultide & Semaglutide: Wt-loss of 8-12% at 1below -3 years.

Semaglutide isn’t licenced in the UK but Barbara feels it will be in the next year or so.

Ashley asked us to form groups and consider how we would implement and evaluate a breakfast club initiative in primary schools. It was a useful exercise to consider what skills (e.g. project management, capacity/network building) and processes (ethics and legalities of working with school children/participant group) were needed for public health interventions and evaluation.

My favourite slide from the talk was entitled ‘An ideal evaluation’ which, as you can see from the picture below has 5 key points, with full references (BRILLIANT!). 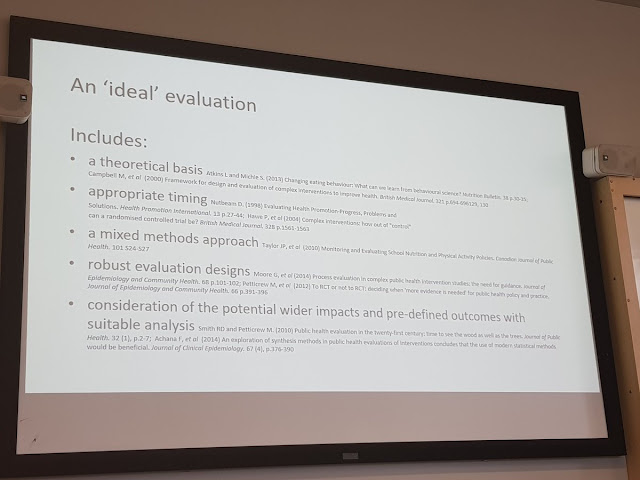 Before closing the workshop, Maria asked for everyone’s opinions on the afternoon and what they would like from future events. On reflection, I felt that maintaining such a high calibre of speakers was key to the quality of the workshop – so that needs to be consistent. Perhaps in future, it would be interesting to hear about emerging subjects within the obesity field and to invite someone who has recently completed a PhD or Post-doc fellowship to share their personal experiences.

If you have any thoughts on what makes for an excellent Early Career Research Workshop please feel free to post a comment below and I can feed it back to the UKCO2019 organising committee. Many thanks!
Posted by Fuse at 06:00 No comments: