'Not making decisions on our behalf': Empowering communities to tackle health inequalities

Community empowerment and the mobilisation of resident knowledge have long been seen as fundamental in tackling health inequalities. Recent strategic documents (e.g., Public Health England’s A guide to community-centred approaches for health and wellbeing and The National Institute for Health and Care Excellence community engagement guidance have, more recently, also drawn attention to the need to place communities at the centre of approaches to reduce damaging differentials in health and wellbeing.

Are we – practitioners and public – ready to make this happen? What do we know (from research, from local experience) and what do we still need to understand or address? Delegates at the recent Fuse Quarterly Research Meeting (QRM) spent a lively morning pondering these important questions.

Emma’s reflections on her experience of research in this field sets the scene:


“Since joining Lancaster University, much of my time has been spent interviewing residents and practitioners about community engagement in area based initiatives.

One of my first encounters was a retrospective look at New Deal for Communities (NDC) approaches to engagement. In some areas, people shared powerful examples of what had been achieved from collaboration placed on a more equal footing. As one resident explained: ‘it was physically, mentally everything, you were involved in it all and you feel proud because you’ve had, you’ve taken part in something good…there’s an awful lot of these projects have come to fruition and you can see, you know, you can actually see the difference that it’s made.’

Yet within the same programme, experiences varied significantly. Elsewhere, residents were left disillusioned about the falling away of an early commitment to engagement where the model became increasingly driven by ‘top down’ pressures.

More recently, the Big Local programme, funded by the Big Lottery and managed by Local Trust, has been the focus of research. The NIHR School for Public Health Research (SPHR) Communities in Control study, undertaken by a collaboration of academic partners including Fuse (Fuse lead, Professor Clare Bambra; researchers Dr Sue Lewis and Dr Vicki McGowan) and led by Professor Jennie Popay at LiLaC, is evaluating the health and social impacts of the resident led programme. While still early days, latest findings show positive impacts for wellbeing for residents actively involved in the programme but also that experiences of involvement can at times also be stressful and challenging.”

So the Fuse QRM (Empowering communities and mobilising resident knowledge to tackle health inequalities, January 11th, 2018) was an important opportunity for public health partners in the North East to reflect on ways of working that enable more equitable collaboration between citizens, the public and the third sector. An exercise to warm people to the topic indicated that many in the audience agreed that there were opportunities in the region (and beyond) for citizens to influence decisions that affect the places where they live. In contrast, far fewer felt that public sector agencies had a sufficiently good understanding of the barriers that impede participation. We clearly have a lot still to learn from one another.

It’s important, then, to share what we already know. The morning included presentations that provided complementary perspectives on the issues at hand. Insights from James Hadman from Stockton Catalyst stimulated thinking about grassroots projects having positive impacts including the role of the Stockton Voice Forum (which gives Stockton’s voluntary, community and social enterprise sector a say in strategic developments in the Borough). Importantly, however, he also drew attention to the times when things don’t work so well, including barriers that were also identified in the New Deal for Communities (NDC) research: where engagement is top down, or driven by professionals’ agendas.

Alison Patey (Yorkshire and Humber Public Health England) gave the national picture, arguing that working with communities should be considered as valid as any other social determinant. A new programme of support is also offering online training for practitioners. And presentations from Emma and myself (Sue) offered the view from research, including findings from the Communities in Control study (in which three North East Big Local areas participated).

Looking ahead, the Communities in Control programme has received SPHR funding to produce resources for residents and practitioners. These will draw attention to the public health evidence already available for place based initiatives and take inspiration from stories of community action that illustrate the potential effects (positive and negative) for community participation and collaboration and, ultimately, empowerment, control and health inequalities.

There aren’t quick fixes to overcoming the imbalances of power between citizens and agencies. But it is, as a resident interviewed in the Communities in Control study put it, about creating a public health system where decisions don’t get ‘made on our behalf as to what they think we should have.’
Posted by Fuse at 06:00 No comments: 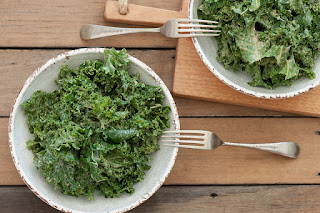 "January is our busiest month" said Hayley in the bustling fruit and vegetable shop in the small North Yorkshire market town where I live. This was on the first Saturday of January. She said their sales of kale had rocketed as people started juicing, eating better and generally trying to improve their diet. All this following the excesses of Christmas. 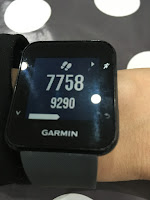 On Sunday morning, when I was out running (or trying to run on the icy pavements!), I was surprised at the number of runners pounding the streets in our small town. Then I remembered, it's the first weekend in January. Maybe, like me they have a shiny new gadget that they are somewhat obsessed with (how many steps have I done today?). There must be an exponential increase in the number of runners and kale consumers.

What is it about 'New Year, New You' that never fails to deliver and how long will these new behaviours be sustained? Why is it that our print and broadcast media don't grow tired of feeding us (excuse the pun) the same January story of …”you've eaten and drunk to excess in December now it's time to abstain from alcohol (Dry January) and go on an excessive unsustainable dietary regime”... Or the most recent health “craze” of ‘raw water’.

Our social media feeds are filled with so called 'nutrition and fitness experts'. The Instagram squares show us before and after pictures of success stories, quick fixes, rapid weight loss etc. etc... Not so many squares saying - look at your diets, your lifestyle, make sustainable changes as these are more likely to succeed in the long term (well apart from one of my professional organisations The British Dietetic Association).

What about the evidence? Does it advocate New Year's resolutions? Are we programmed to wait for the longer term goals or do we need to have instant results? A study published in 2016 suggests that while individuals may exercise for the long term goal of improved health, it is actually the immediate reward that predicts their persistence in that behaviour.

Ultimately these resolutions are about an individual's behaviour change. Much of our public health policy focuses on individuals changing their behaviours. Anyone who has tried to do this knows how difficult it is. Yet, we (professionals, the media, society) continue to focus on the individual who is generally living in an environment where kale isn't an everyday option and running shoes only go on at the weekend – or sit looking pristine in the cupboard.

What we need is a change in the system or what is called a 'whole systems approach' to health and lifestyle problems. The most obvious lifestyle related problem is that of obesity. There is a chronic problem of energy imbalance affecting our whole population young, middle-aged and old. We are encouraged to eat less and exercise more but really, the environment doesn't support those changes (for the majority of the population). Will our policy makers have any New Year's resolutions to focus less on the individual and more on the system in which we make our behaviours? With changes such as a sugar levy coming into play, we are seeing food manufacturers reformulate or change product size. But we also hear reports of people stockpiling sugary drinks that are about to be reformulated. Is this the start of a shift away from the individual and to systems thinking? I very much hope so.

Kale and running shoes are not the answer to addressing a health and lifestyle crisis but long term supported and sustainable changes are.