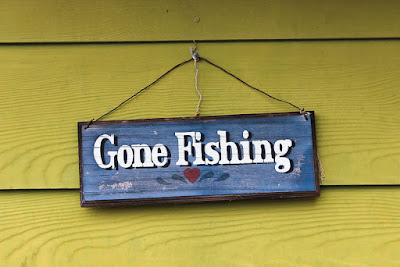 The blog is on holiday over August but we still need your 500-700 word blog posts so that we can start September in style.

Here's how to take part and why you should blog.

The booze, the binge and the bulge 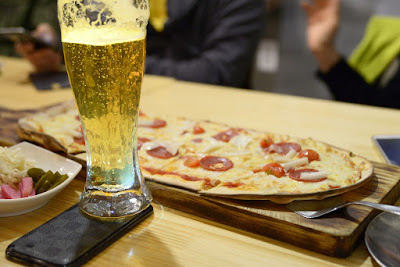 We hope that intervening in early adulthood, when these linked unhealthy patterns emerge and are prominent, may prove beneficial in reducing the risks associated with obesity and heavy drinking. From our formative research, there seems to be an unquestioned norm that drinking alcohol and eating unhealthy food link together in the lives of young adults. There are a number of ways in which drinking and eating behaviours may interact, for example, some young adults may eat a takeaway after a night of drinking and a fry-up the next day, some may choose not to eat prior to drinking and some may drink alcohol alongside a meal (look out for research on this soon to be published by Dr Stephanie Scott and colleagues).

While the answer to how these behaviours link together may vary, it is clear that young adults are provided with a social benefit from their linked eating and drinking patterns. A benefit that seems to be the biggest barrier for intervening with these linked behaviours.

Alice and I recently organised a Fuse Quarterly Research Meeting. The event kicked off with three inspiring talks. Firstly, Sharon Hodgson the Shadow Minister for Public Health, gave her thoughts on young adult alcohol use and eating patterns from a policy perspective. This was followed by Fuse Associate Director Dr Amelia Lake, a Reader in Public Health Nutrition who delved into the obesogenic environments that today’s young people live in, with particular emphasis on the high rates of energy drink consumption in the UK. The current research findings of the FOrwaRD project were presented by Dr Stephanie Scott and the team. These findings led into the workshop activities for the day, with attendees giving their views on young adult associated eating and drinking habits and intervention strategies. The meeting was attended by over 50 delegates responsible for policy or service delivery for young adults; this included people from Local Authorities, voluntary sector organisations and Higher Education Institutions from across the North East, as well as three young adults involved in patient and public involvement.
For the workshop activities, attendees visited ‘FOrwaRD’s Food and Alcohol Big Market’ in which there were tables representing ‘venues’ and everyone had time to socialise in two venues, one bar and one takeaway shop. At each venue there was a topic to be discussed, which were:
There was lots of energy and positive discussions throughout the workshop activities and a clear opinion voiced that young adults should be better supported when it comes to safer drinking and healthier eating and the link between the two. Ideas to support this focused on both individual and population based approaches. Firstly, young adults may benefit from a change in policy around the food and alcohol environment. This could include; reducing the amount of alcohol and food promotional offers, restricting development of fast food and alcohol venues (for example, on and around student campuses), or setting up activities that do not revolve around food or alcohol. While these discussions mainly focused on the environment in and around Higher Education campuses, this approach may be beneficial more widely.

“We need to have a shift in the way that we approach planning and licensing around universities or colleges. Obviously, it’s harder to do because there are a lot of people who don’t go to university and college who you wouldn’t reach with that.” Group 1

Indeed, in earlier interviews with young adults, it was also found that linked food and alcohol pricing, and the night-time environment could be target areas for change.

In addition, attendees also discussed the importance of targeting a young adult’s social network, tailoring the motivational hook and goals to the individual, whether that be to lose weight, save money, to improve their appearance or mental health awareness, and that we offer healthier - and just as social - alternative behaviours.

“Perhaps finding more avenues for socialising as well that don’t involve eating and drinking. There are plenty of other things to be doing.” Group 5

“The important thing is your hook and what motivates them, because if you don’t get that then you’re not going to.” Group 3

While student eating and drinking behaviours were seen as problematic, there was a view throughout discussions that these behaviours may change or improve upon graduating, and that going into employment may act as a buffer against these behaviours escalating. Whereas, young adults who do not go to university may benefit from an intervention in the long-term. One way of accessing young adults may be to start within the community setting and approach services that support them.

At the event we made fantastic connections to discuss our findings with other young adults within community settings such as the YMCA, Balance North East, Matrix, and the Young Health Commissioners.

Do you know of any organisations who work with and support young adults and who would like to find out more information or get involved with our research project? If so, then please contact me, Cassey Muir (cassey.muir@newcastle.ac.uk). We are aiming to run workshops over the summer with young adults to get their views on how we can support them to drink safe, eat well and be social.

Cassey and Alice are part of a multidisciplinary research team working on the FOrwaRD project. Cassey is an early career researcher running the day-to-day activities of the project and Alice is an MRes student working on the project, exploring students’ experiences.
Posted by Fuse at 06:00 No comments: