Responsibility for addressing obesity in local authorities: a changing landscape?


Planning and obesity has been in the news again – it’s a topic that is hotly debated in local authorities across the country.

In April 2013 public health came ‘home’ to local government. This coming home meant a shift from the NHS to closer collaborations with other local authority colleagues. We wondered what it meant in reality, how did local authority staff from two disciplines - public health and planning - see their role around obesity prevention in this changed landscape? Our research [1], conducted between November 2013 and March 2014) explored the views of individuals working in public health and those working in planning within local governments on their responsibilities for addressing obesity using spatial planning. 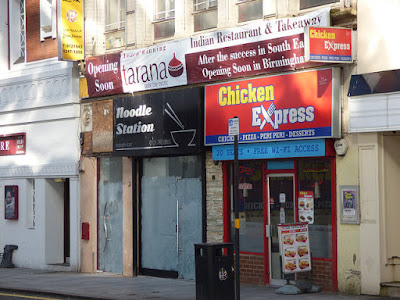 We know that planning policy can impact on people’s wellbeing and health in terms of access to food and the environment encouraging physical activity. Using planning policy to tackle health problems such as obesity may not be novel but it could help tackle a global problem.

Our research was based in North East England. We interviewed three Directors of Public Health, one Deputy Director and four planners with a range of seniority.

There were some clear differences in their approaches to the issue of responsibility. Planners were asked about responsibility for obesity, physical activity and community nutrition. They saw a clearer link between planning and physical activity than with community nutrition, primarily citing sustainable transport, path provision and recreation, though one identified takeaways. One planner said, “At the end of the day, it’s down to the individual to address their obesity (Planner 4)”.

These differences in views on responsibility for health would suggest a difference of understanding amongst some within local government about the complex causes of obesity and how to address inequalities. However, one planner did point out that it is health professionals’ responsibility to “make the link” between planning and health, “because I don’t think people from planning would start from a health improvement stance”. This has implications for leadership and leadership roles.

Overall, our interviews identified a range of barriers to engaging with planners, including an insufficient understanding of the causes of obesity and the importance of addressing obesity via multi-agency approaches (involving cooperation between several organisations), fragmentation in the health system and conflicting priorities. Planners could be better engaged in the obesity agenda via formal incentives (e.g. written within planners’ job descriptions or regulations), and aligning priorities via ‘soft approaches’ (e.g. public health leadership roles).

There have been attempts to reunite health with planning. International evidence has highlighted the transdisciplinary (involving investigators from different disciplines) effort required to tackle obesity due to its multifactorial nature (it has, or stems from, a number of different causes or influences) and underpinning health inequalities. However, there appears to be little evidence that English planners have engaged with the new public health agenda. No detailed investigation has attempted to fully understand the barriers to engaging planners in health issues.

Despite our region having national recognition for planning policies (see Gateshead City Council’s award winning Supplementary Planning Document), there are clearly some issues around increasing responsibility within the area of planning and health. However, this is a rapidly developing field. A recent survey of authorities in North East England, showed that all, bar one authority, now has, or is in the process of developing, guidance to prevent the proliferation of hot food takeaways (with some policy already being tested at appeal). Furthermore, a chance for planners and public health officers to meet to discuss the issue at a Fuse event on 21st May 2018 has been greeted with much enthusiasm. This suggests attitudes may be changing, particularly with planners engaged with policy development, who appreciate that health may line up with other planning aims such as protecting shopping area vitality. We will report on this soon.

The event on planning for health will be held on May 21st in Newcastle.  To register or find out more visit the event page on the Fuse website.