I listened to the budget in October 2018 in anticipation of an announcement about Universal Credit. We had just completed a study commissioned by Gateshead Council about the impact of the roll out of Universal Credit. I had been profoundly moved by the accounts of Universal Credit claimants with health conditions and disabilities who participated in the research. In a budget for “strivers, grafters and carers”, Philip Hammond announced that the “period of austerity was coming to an end”. He promised an additional £1 billion over five years to ‘smooth the transition’ to Universal Credit. Despite acknowledging “genuine concerns” about implementation of the programme, “Universal Credit is here to stay” Hammond asserted. 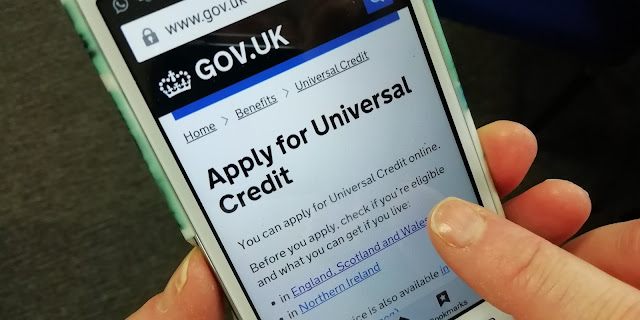 Two weeks after the budget announcement, I had the pleasure of meeting Philip Alston, the UN Special Rapporteur for Extreme Poverty and Human Rights, who was visiting the North East as part of his UK tour. We presented the findings of the Universal Credit research and he asked probing questions about the implications. We were not alone in drawing attention to concerns about the adverse effects of Universal Credit on people with disabilities. A statement of Alston’s conclusions can be found here.

Our research report was published on 15 November and the findings covered by the Guardian and Independent newspapers, local radio and television news.  Doctors’ concerns about Universal Credit were also highlighted in a British Medical Journal feature which cites our research.

The research team and Gateshead's Director of Public Health have received emails from people sharing their experiences and thanking us for raising this important subject. It has been highlighted by the Association of Directors of Public Health. I have met with local MPs, elected members, and senior managers in the Council and voluntary sector in Gateshead where I work as an embedded researcher. The findings have been shared with Department for Work and Pensions staff and we have been invited to the House of Lords. This kind of (inter)national interest is rare and a bit overwhelming! The research was made possible, because Gateshead Council commissioned it. Independent academic research of this kind is essential if we are to understand the impact of government policy on North East communities.

The findings raise questions (again) about public health advocacy and research. What is our role if not to work with communities whose voices are often unheard or ignored in policy to enable their views and experiences to contribute to debates (Smith and Stewart 2017[1]). This research demonstrates the power those voices can have when assembled using robust qualitative research methods and in the absence of any other data. The policy changes taking place under the guise of welfare ‘reform’ present huge challenges to public health and wider efforts to address health inequalities. If Universal Credit continues to be rolled out, vulnerable claimants will continue to endure hardship and destitution. Suicide rates will rise and the human and financial costs to the health and social care system will increase. As public health researchers, we have a duty to raise awareness of the effects of a policy which is undermining the health and wellbeing, employment prospects, food, financial and housing security of the most vulnerable people in society. It remains to be seen whether the government is listening to a growing body of evidence (Arie 2018[2], Cheetham et al 2018[3], Walton 2018[4]) about the impact of Universal Credit or whether, as Philip Alston (2018: 1) observed, ministers will continue to dismiss concerns and doggedly resist change in response to the many problems highlighted.

Mandy will present her research at the Fuse Quarterly Research Meeting: The impact of Universal Credit on health & wellbeing in Gateshead.  Find out more on the Fuse website.