Out of the shadows: Corporate activity and our health


When considering the impact of commercial actors on health, our minds in public health turn immediately to tobacco. However, while the tobacco industry has earned its reputation and associated exclusion from policymaking, what is unique about those actors misleading policymakers and the public for commercial advantage? Arguably, nothing at all. Asbestos, leaded paint, fossil fuel, sugar-sweetened-beverage and alcohol companies and their proxies have been found to pursue similar tactics. 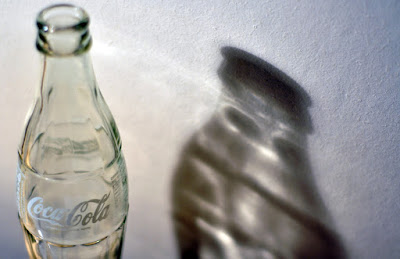 This is not to say that large commercial actors cannot in many cases benefit society while making a profit. Rather, it is to say that such commercial actors have a track record of focusing on maintaining profit while avoiding litigation, negative PR, and regulatory burdens. When these goals conflict with population health, such actors have the power and scale to negatively influence health, the evidence base, policy options, and even public discourse. The commercial determinants of health, in their broadest sense, are defined as activities of the private sector that affect the health of the population.

As we discussed in a recent commentary, there is a need to progress our understanding in this area because all these areas of influence matter to societal progress, and there are commonalities across many different industries in terms of their motivations, strategies, networks, tactics and interventions that merit the attention of public health researchers.

There is also currently a lack of conceptual focus on these powerful actors by policy-makers and non-governmental organisations, and some gaps in our thinking about these issues. We know that it is largely the conditions in which we are born, grow, live, work and age that determine our health, sometimes called “the social determinants of health”. However, in a recent review, we showed that commercial determinants were often absent from conceptual frameworks of the social determinants of health. This is problematic because such actors have the incentives, resources and strategic ability to influence everything from individual behaviours, attitudes and preferences, to the pollution of the environment, and the funding of politicians who are unwilling to consider the weight of evidence on a particular issue.


There is a large space for study in this area, but many challenges to doing so, not least because there is relatively little research funding or political will to tackle these issues directly. Many researchers and advocates remain “silo-ed”, focusing on a particular product, or discipline. This “zoomed-in” view stands in contrast to the intersectional ways in which a single large company might act, never mind an industry sector as a whole, or different industry sectors with overlapping interests, acting, for example, to diminish employment rights or environmental standards. We argue that there must be much greater scope for the convening of interdisciplinary research to explore these issues and offer potential solutions.

Aside from research, what about practice? There is also a need for the evidence that does exist to translate more effectively into policy. The challenge public health practitioners often face is that there is a strong political will for partnership and collaboration with the private sector at the local, national and global level, both through direct partnerships, and multilateral engagements. Such arrangements are, on the face of it, appealing. Access to the resources of the private sector is an obvious solution to the problem of increasingly restricted budgets for public health departments, particularly as these private resource pools are so large. Voluntary commitments between the public and private sectors are also conceptually appealing, echoing the type of multi-stakeholder engagement that public health advocates strive for.

However, in the UK, the evidence suggests such activities are often characterised by an abundance of words (in the form of voluntary pledges) and a paucity of deeds (in the form of meaningful changes to how harmful products are produced and marketed). Without regulatory safeguards, it appears unlikely that harmful product manufacturers will voluntarily act in ways that could reduce their own profit margins or lead to “stranded assets”. Instead, such actors will go to great lengths in framing themselves as part of the solution to a “complex” problem, while attempting to diminish the role they play in creating that problem, and rejecting what they termed “one size fits all” approaches such as policy best buys.

There is, however, progress on the research front. Research on specific harmful products and the industries that produce and market them continue apace, and commonalities in corporate strategies are being increasingly discussed. Networks of interested researchers in related topics are beginning to emerge. Perhaps most promisingly, it is becoming clear that commercial determinants are an important component of the broader determinants of health. As the “elephants in the room” become more widely perceived in issues such as alcohol harm, climate change and the opioid crisis, let us hope that, informed by a growing evidence base, the tools to properly address them will follow.