At the time of writing, the government intends to lift most remaining Covid restrictions still in place in England on July 19, widely touted as 'Freedom Day'. 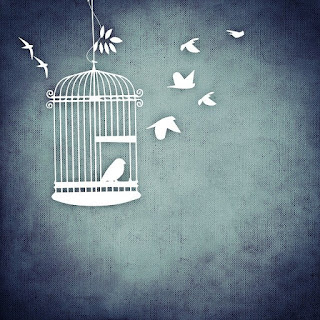 I recently passed my PhD viva defending a thesis that was concerned with the diverse ways a contested value concept is understood by human welfare professionals (in my case, 'social justice' and newly-qualified social workers). As a result of that undertaking, I am now habitually critical of the ways in which ethical and moral language is used and claimed for particular agendas. In the looming shadow of so-called 'Freedom Day', I have been thinking about how caring professions and health and wellbeing researchers might reclaim the word 'freedom' for ourselves.
Possibly in contrast to many of my wonderful colleagues in the caring professions and their associated research wings, I am in broad terms a libertarian rather than a collectivist*. Individual rights and freedoms - the ability to live as one chooses unfettered without just cause, to be different, to not fit or conform - are close to sacred to me. While I can be persuaded by arguments advanced by those of a more communitarian mindset, it is always despite, rather than because, they are communitarian. When, as I will here, express concern about the speed and totality of the easing of Covid restrictions, I do so from a liberty-minded philosophical position.

The 'Freedom Day' discourse draws almost entirely on the concept of negative liberty and is emblematic of a long-established idiolect that frames freedom (with personal responsibility) in a zero-sum game against statutory entitlement to and provision of help. Negative liberty refers to the absence of constraint and control. As an idea, it is of profound importance for those of us who believe rights and freedoms are inherent to personhood, and that it is for the state to uphold them, not hand them down as bounties and favours.

Alongside negative liberty however sits the concept of positive liberty (both liberty concepts were set out by Sir Isaiah Berlin (pictured right) in his 1958 lecture and subsequent written works). Positive liberty refers to the idea of freedom being enabled by active action and the provision of resources, facilities and support. The two work in tandem and, for the kind of libertarian I am, they are equally important and necessary for one another. Covid restrictions have impacted both our negative and positive liberties - the former by restricting our movement, travel and association, the latter, at least for many people, by restricting our incomes, our ability to access welfare, social security, safe transport, childcare and informal support networks.

The rationale for these actions, a rationale that was broadly accepted by the majority, can be understood as a trade-off with other positive freedoms, most notably seeking to keep as many people as possible, and particularly those at most risk of developing serious or fatal Covid symptoms, free from infection. It is a trade-off I would make again in a heartbeat under similar circumstances. That is part of why the present language about 'Freedom Day' is so galling, because for many, particularly those with high-risk health conditions, their families, and those who have not yet been able to be vaccinated, July 19 will not signal any kind of freedom. I can't tell you how much I'm looking forward to my first liberated Guinness, enjoyed in the hostelry and company I choose, with all the health risks confined to the pint glass. I can't do that on July 19, because the decision has been made to prioritise the negative liberty of those of us who can enjoy it over the positive liberty of those still at particularly serious risk. We aren’t choosing freedom; we are choosing some people’s freedom over that of others.

This situation behoves health and social service practitioners and researchers to consider whether we can reclaim the concept of freedom, particularly positive freedom, as a full and proper part of our value base and lexicon. I argue that we both can and should, for what are we if not participants in endeavours for more positive freedom through greater knowledge and better health and wellbeing. Freedom 'from' is fairly hollow and useless without meaningful freedom 'to', and though many who share my philosophical persuasion see an overbearing state as a legitimate risk to freedom of all kinds, no less important is freedom from preventable illness, pain, anxiety, suffering, burden, loss of control, and the wider contributors to health inequities, not least poverty and postcode.

Our professional fields, with the best of intentions, often couch our arguments in terms of the community or public good. Without besmirching the place and value of those arguments, it is my view that were we to speak also in terms of freedom, including individual freedom, we would do so with complete intellectual coherence and legitimacy. Rather than being unjustly tagged as over-cautious and dictatorial, we could put our criticism of the end of restrictions in pro-positive freedom language. Beyond that, we could reframe and bridge the unfounded but perceived gap between individual choice and public wellbeing, all while avoiding the former being reduced to callous responsibilisation, and the latter being unfairly painted as nannying control. We might even unlock a new set of tools for persuading individuals and institutions who are rarely engaged by welfarist, collectivist or even duty of care arguments about public health concerns. We've done it before; we rarely talk about the smoking ban nowadays, rather we refer to pubs and train stations being smoke-free. Likewise fat-free, alcohol-free - it's a nice word, and an effective one.

At this moment, whatever their diverse feelings about the end of restrictions (I should caveat, the end for some) freedom is high in the public consciousness. Let us who are concerned for public wellbeing liberate our arguments and reclaim the concept of freedom, particularly positive freedom, for ourselves.
*Collectivism: a social pattern in which individuals construe themselves as parts of collectives and are primarily motivated by duties to those collectives. More here: https://plato.stanford.edu/entries/culture-cogsci
Images:
1. Courtesy of Pixabay: https://pixabay.com/illustrations/bird-cage-aviary-freedom-flying-730478
2. Sir Isaiah Berlin by Rob C. Croes (ANEFO), CC0, via Wikimedia Commons
The views expressed in posts are those of the authors and do not necessarily reflect those of Fuse (the Centre for Translational Research in Public Health) or the author's employer or organisation.
Posted by Fuse at 06:00